Artist of life. LOVER OF ART.

SOUL GIVEN TO EVERY PAINTING.

Sarah Avni has had more than 80 solo exhibitions on three continents and her works are part of art collections of collectors from all over the world. She is an artist whose work is already an investment.

The painter’s works will enchant you with their vivid colors, hidden symbols and leave you with vibrations of positive energy.

Sarah finds inspiration in Eastern philosophy and its approach rather than Western painting. Although originally trained as a classical painter, her main themes are metaphysical laws, the creation of reality and her purpose is to direct the viewer’s soul to these principles. Her paintings are created in collections that may appear disparate at first glance, but all together form the elements of a puzzle.

Her works are recognizable at first glance because of their distinctive energy, but also because of her original techniques, such as the specific structure that creates the impasto effect. She also often works with old master techniques of gilding and mixing pigments, which allow her to play more effectively with lights and shadows.

In 2015, she was ranked by an international cultural portal theculturetrip.com among 10 Slovak artists you should know.

She is an author of the world’s best sport-themed stamp from 2011 awarded by the StampNews International.

In 2019 she revealed a special collection of “rock” paintings where she was inspired by the music of a fantastic Slovak band, INSIDE. This unique collaboration of artists aims to deepen the artistic experience. The paintings will be on display during some of the INSIDE concerts as well as on their album cover named Čas (EN: Time).

Since 2018 is the project that includes the paintings from the collection “Party in the 21st Century” a part of Slovakia official brand GOOD IDEA SLOVAKIA.

CIRCLE, an international art magazine, published one of the paintings from the collection “Party in the 21st Century” in spring issue in 2018. Those are published artworks regarded as current trends and original practices in visual art worldwide.

Collection “Party in the 21st Century” was chosen by Re:publika, one of the greatest cultural festivals in Czech Republic, as the only one art exhibition presenting Slovakia in the festival.

Collection “Party in the 21st Century” received a Certificate of Excellence by Artavita, an international active online gallery, in 2017.

A video clip by Inside and Peter Cmorík, “Odraz duše”, released in 2016, was inspired by Sarah´s life.

Since 2016, she has been the main artist of a very successful folklore-artistic project: Party in the 21st century. The works from this collection inspired by the Slovak crafts were created in collaboration with LSZ photography.

In 2016, a few of her paintings were published in the 100th edition of the British Vogue.

Every child is an artist.
THE PROBLEM IS HOW TO REMAIN AN ARTIST
WHEN YOU GROW UP.

Please have a look ON A Few SARAH’S PAINTINGS.

The Whole Portfolio You can Find on link bellow. 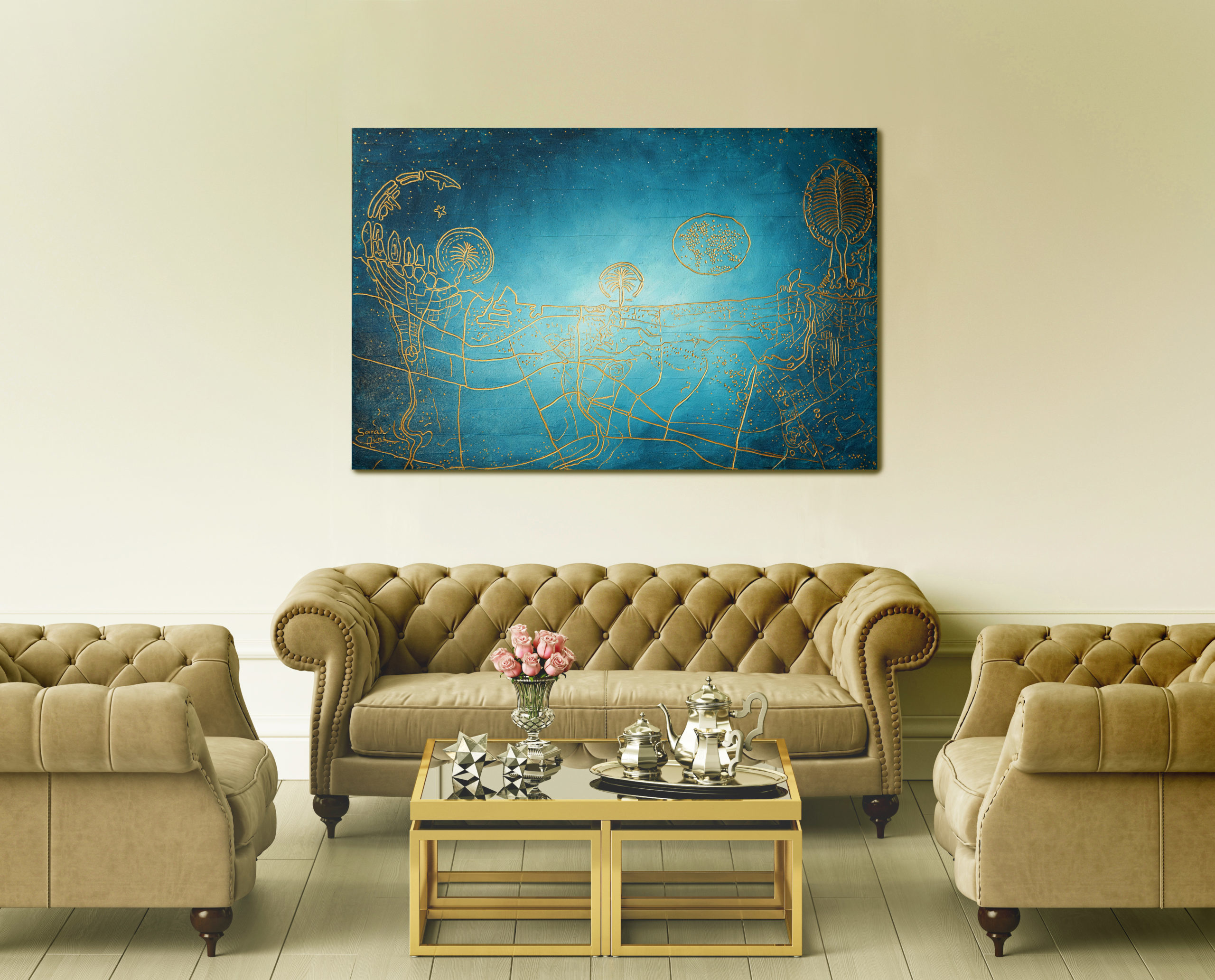 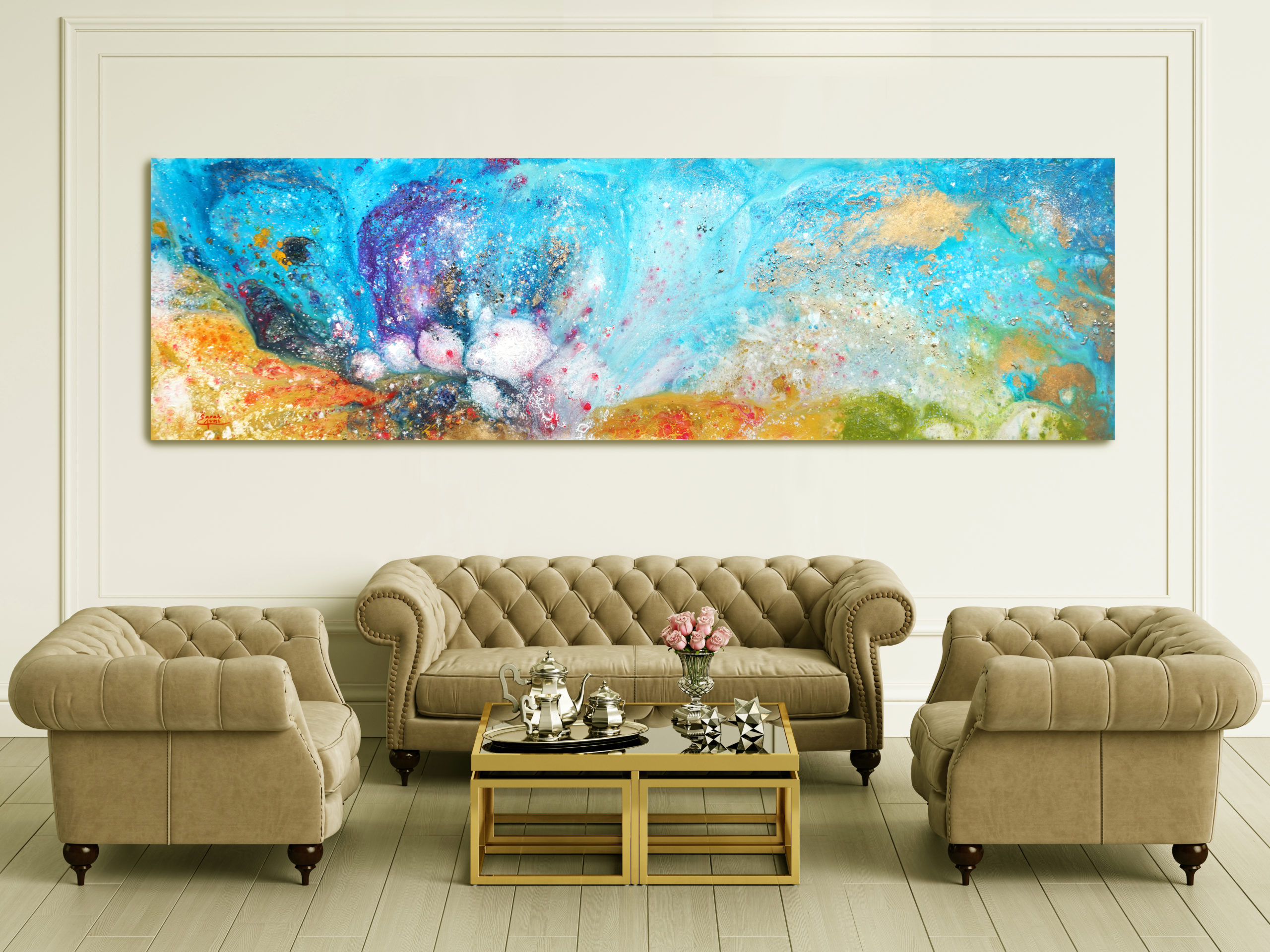 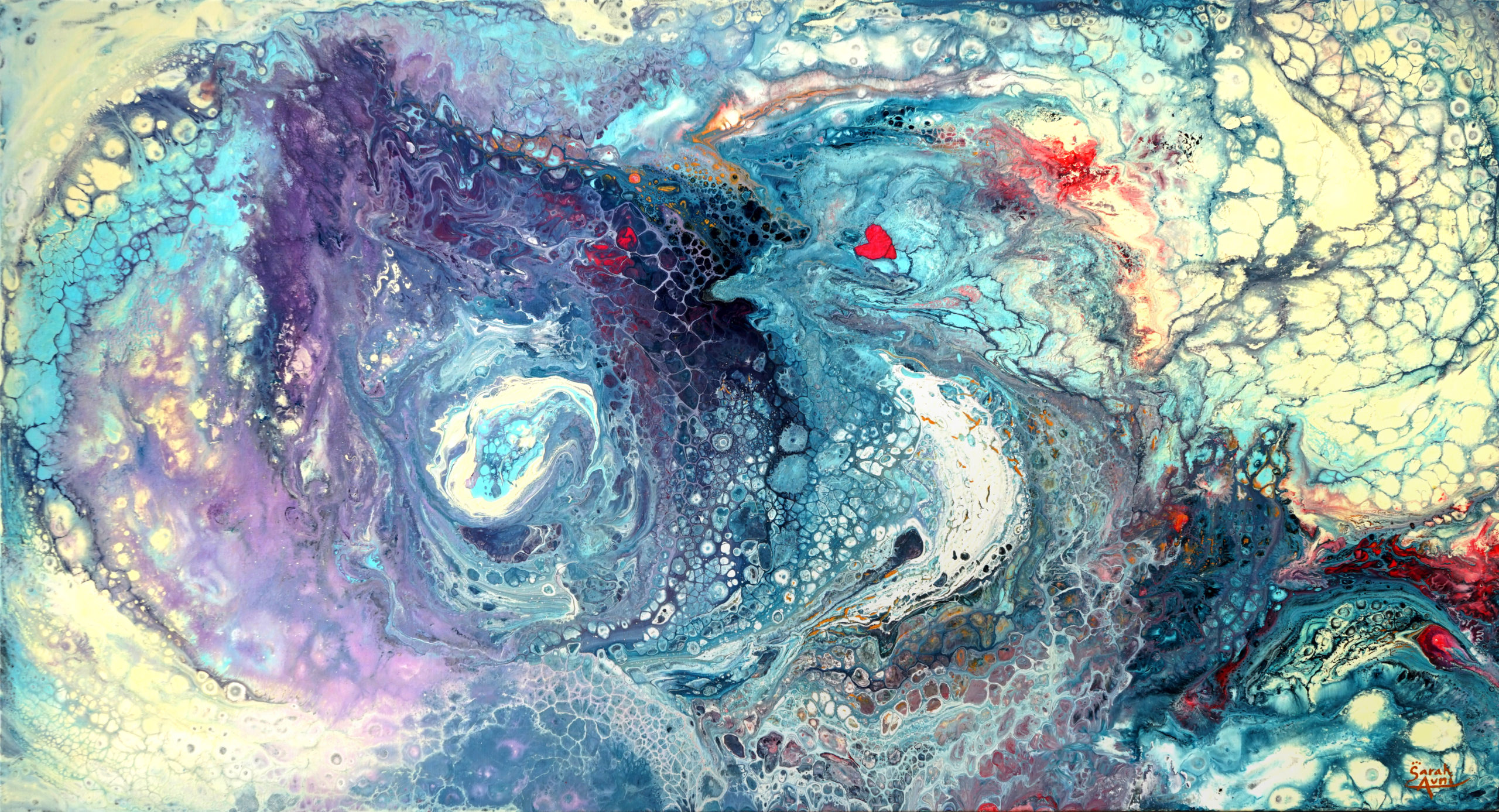 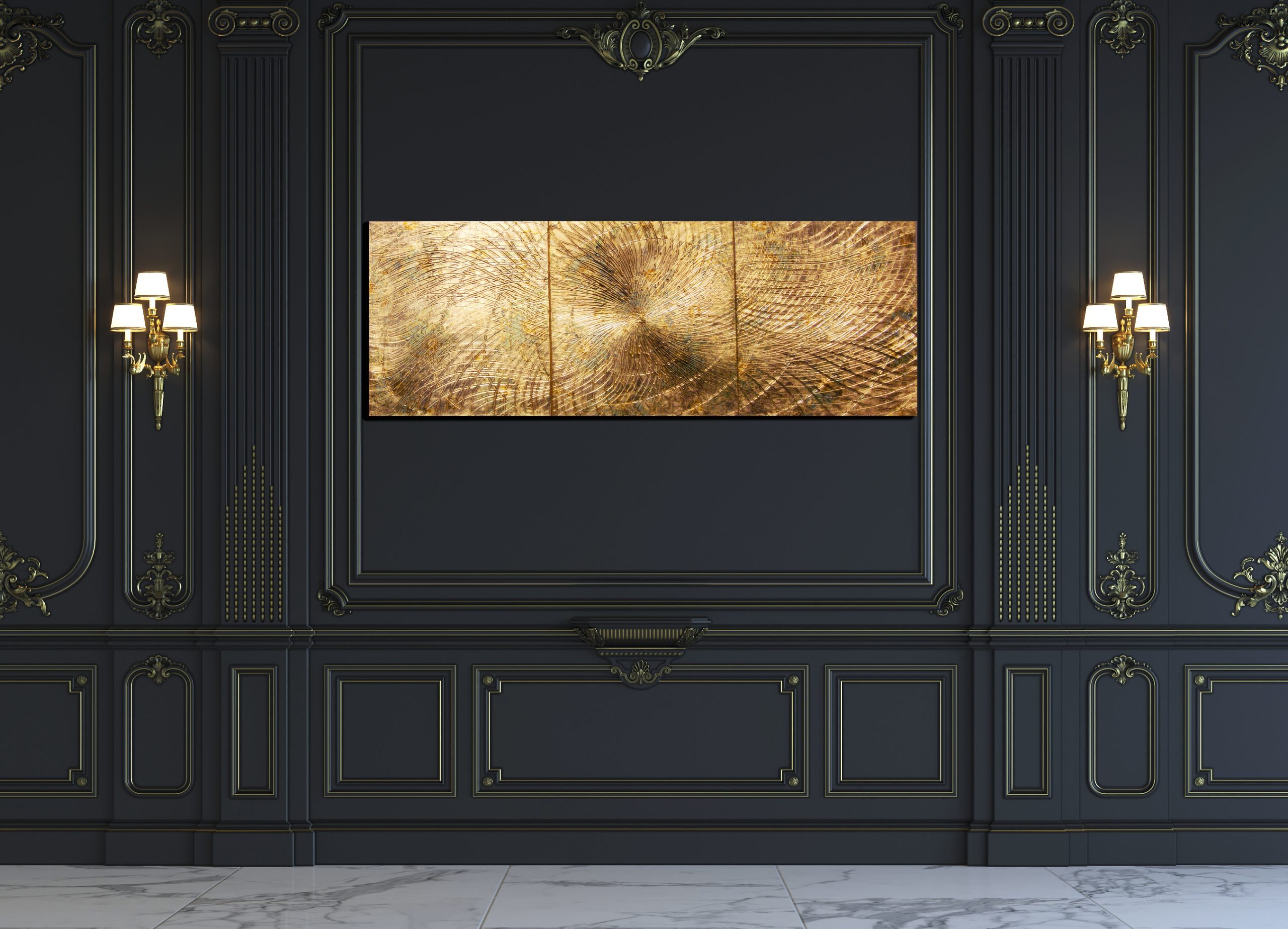 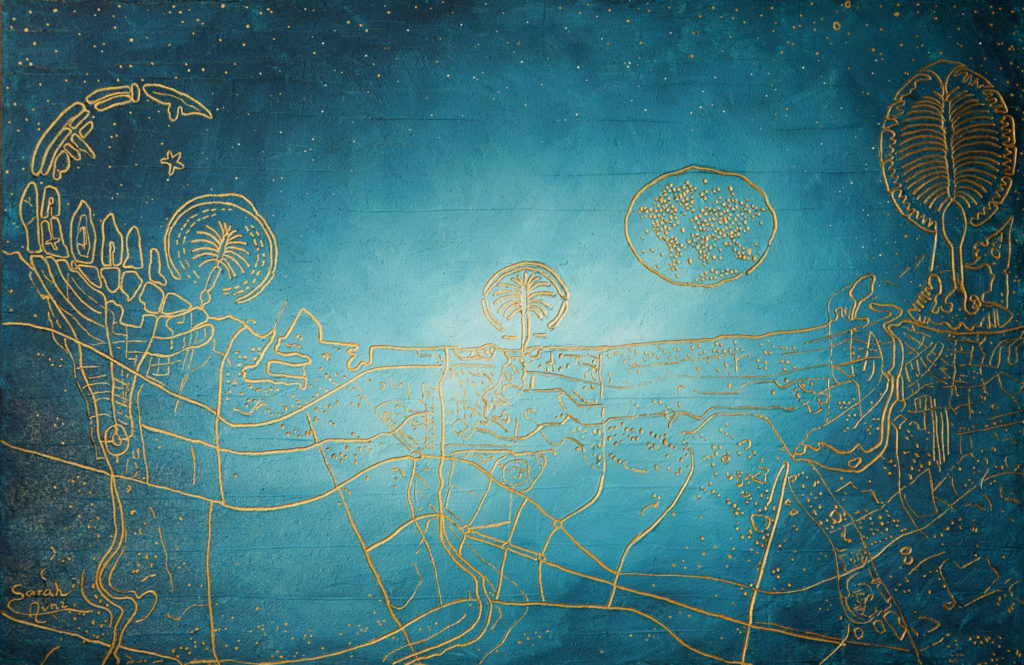 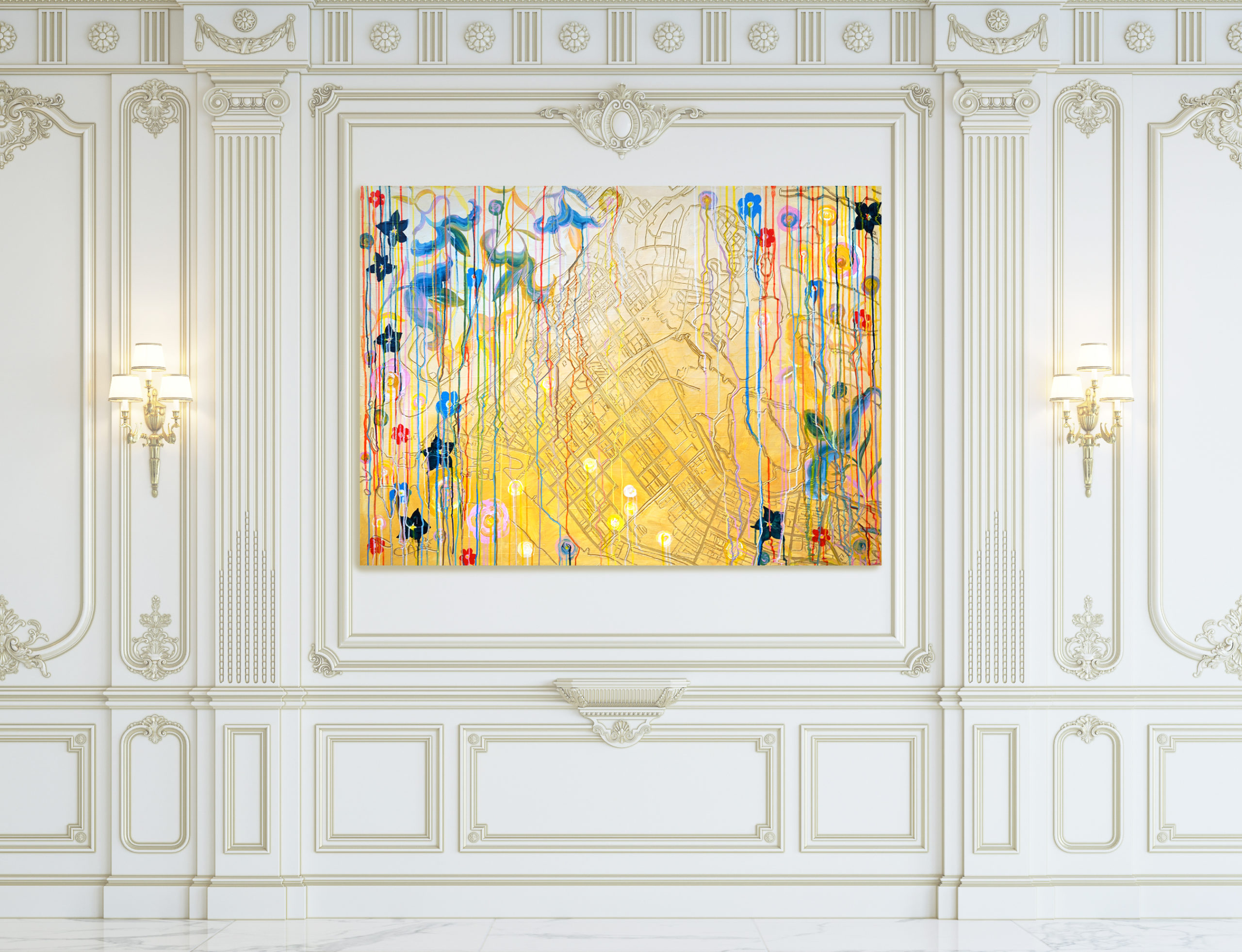 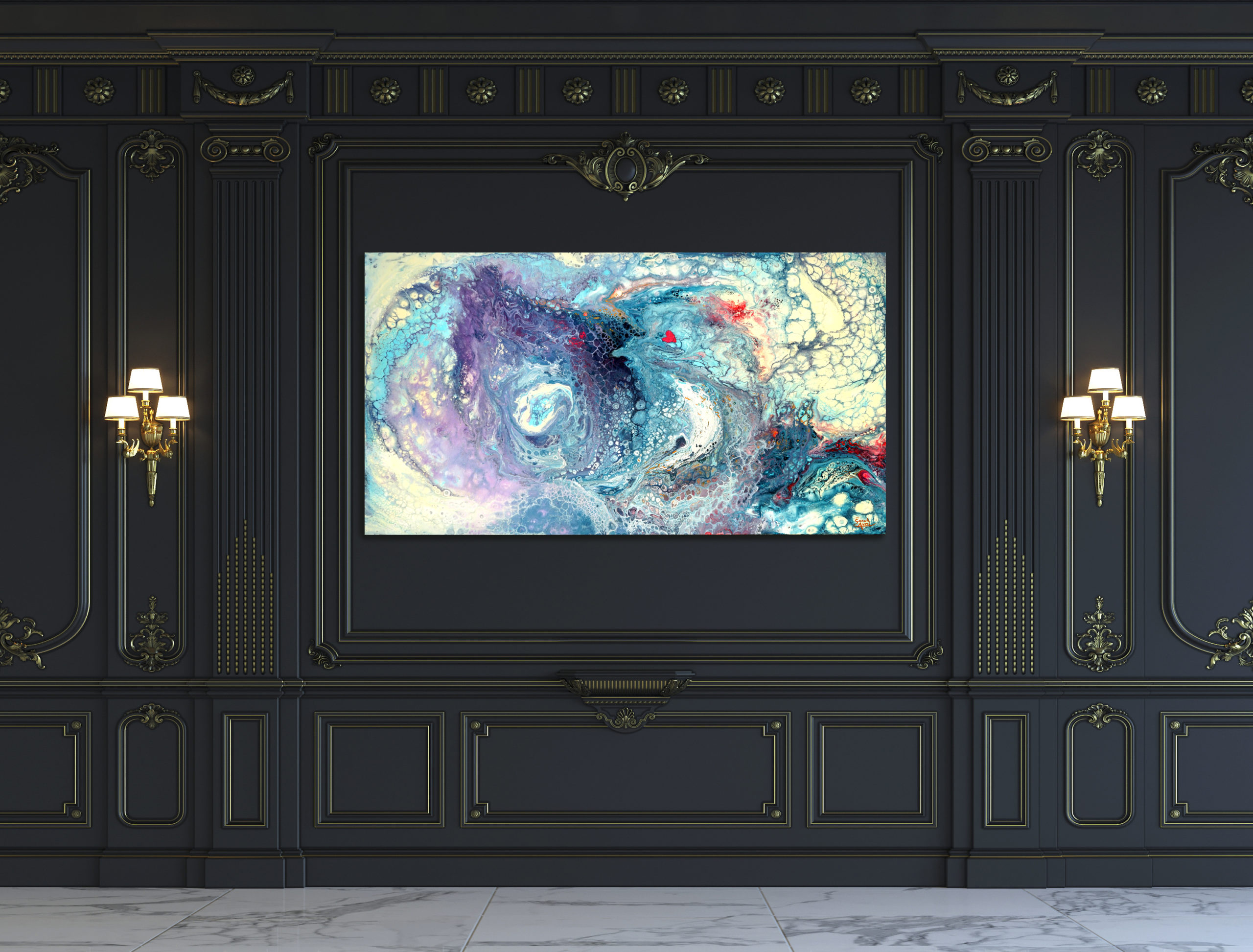 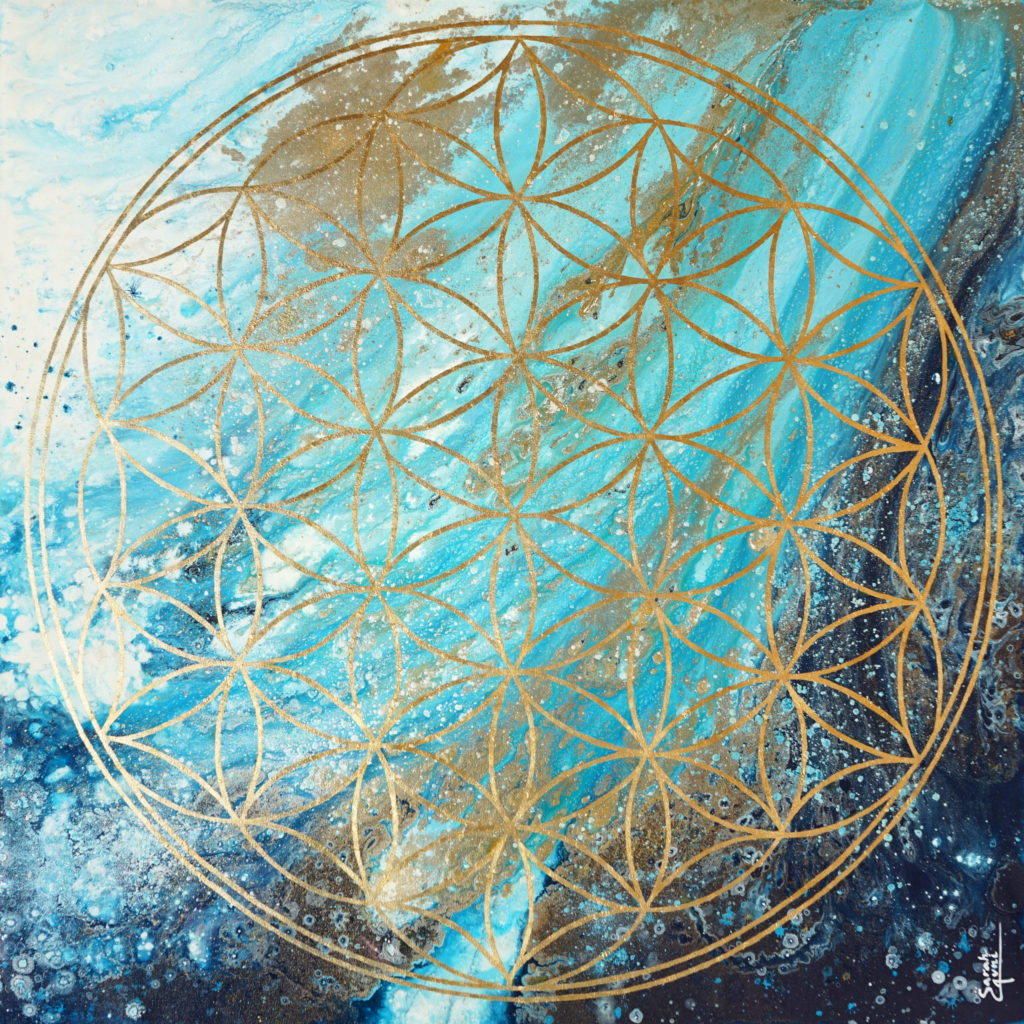 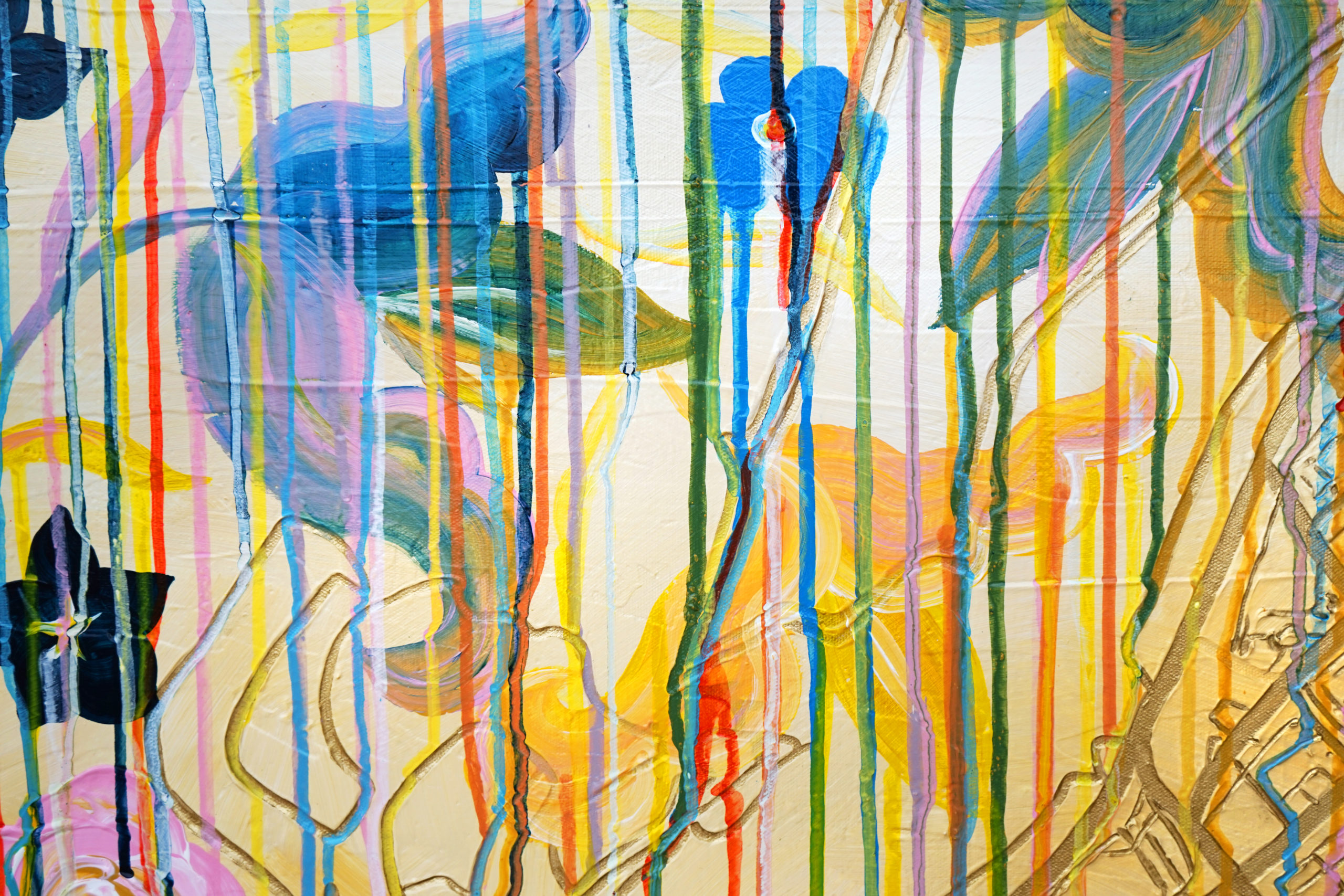 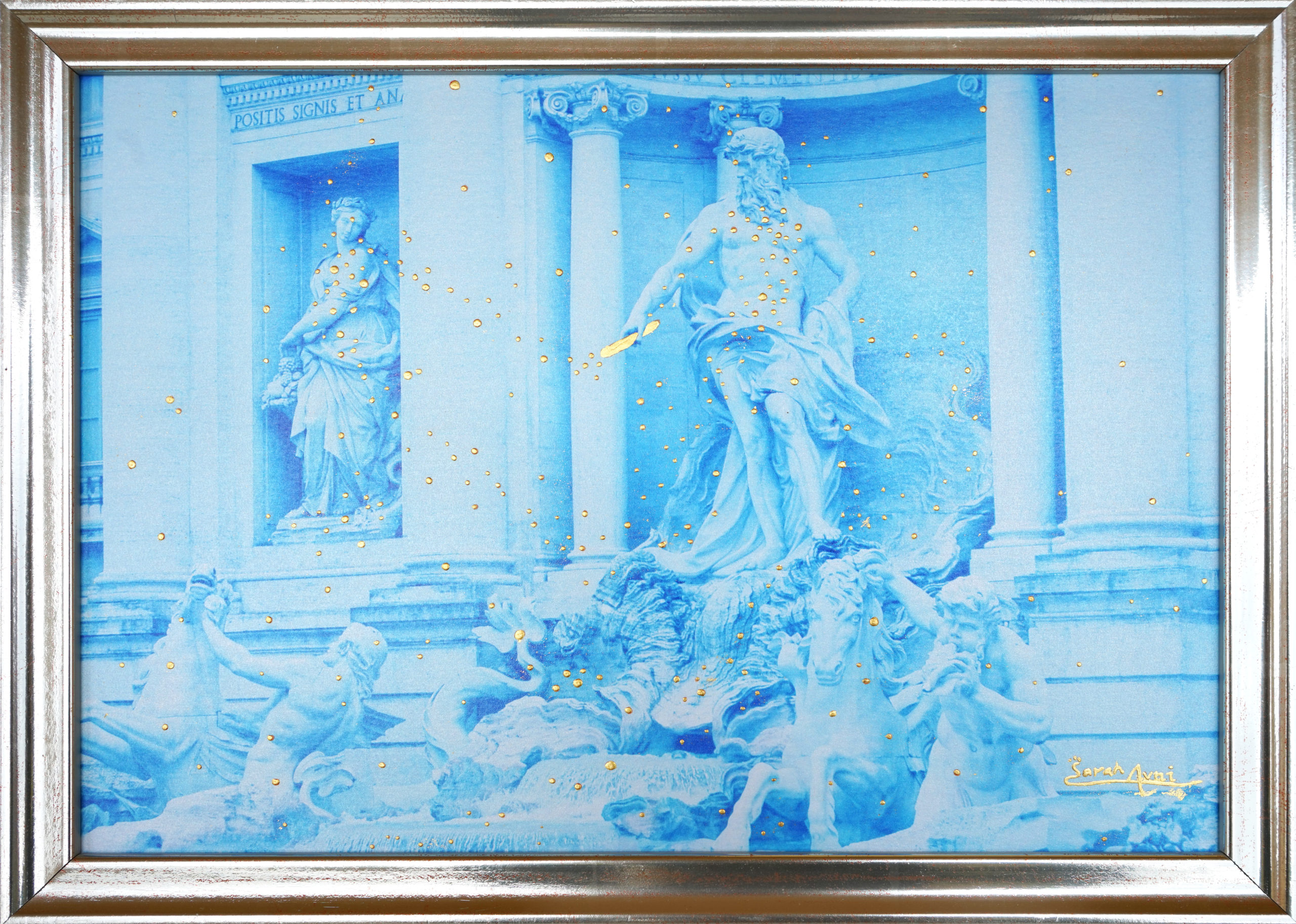 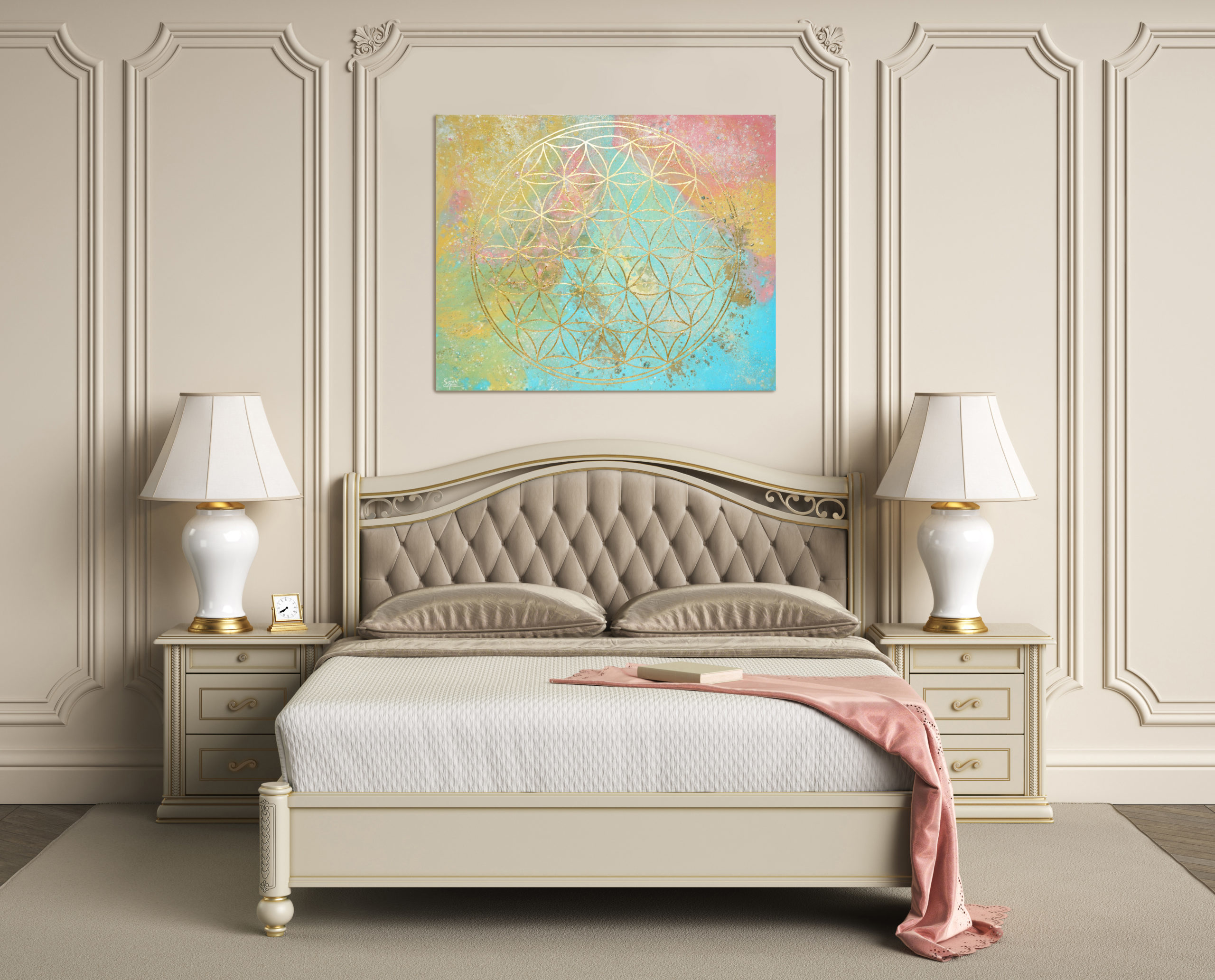 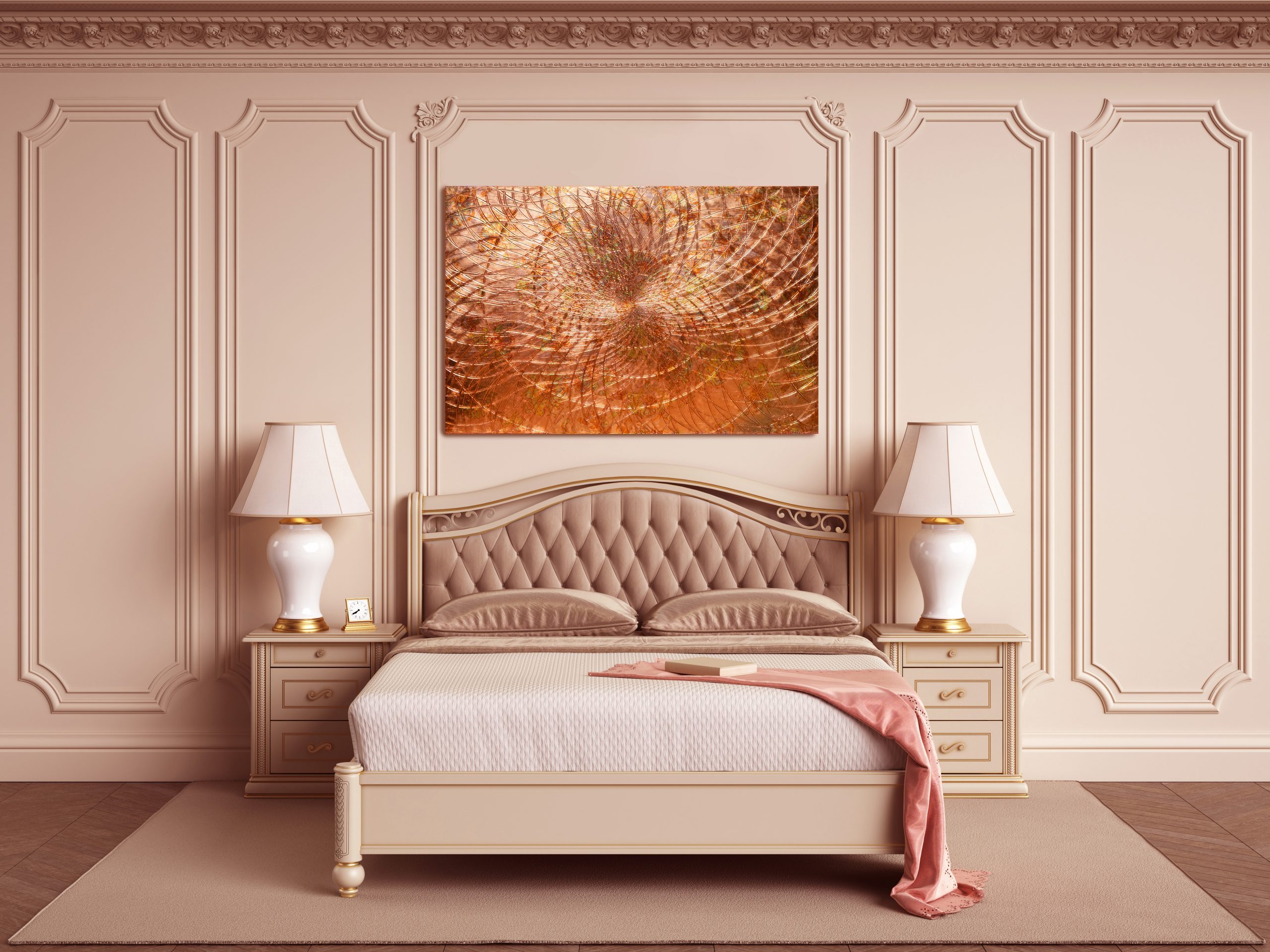 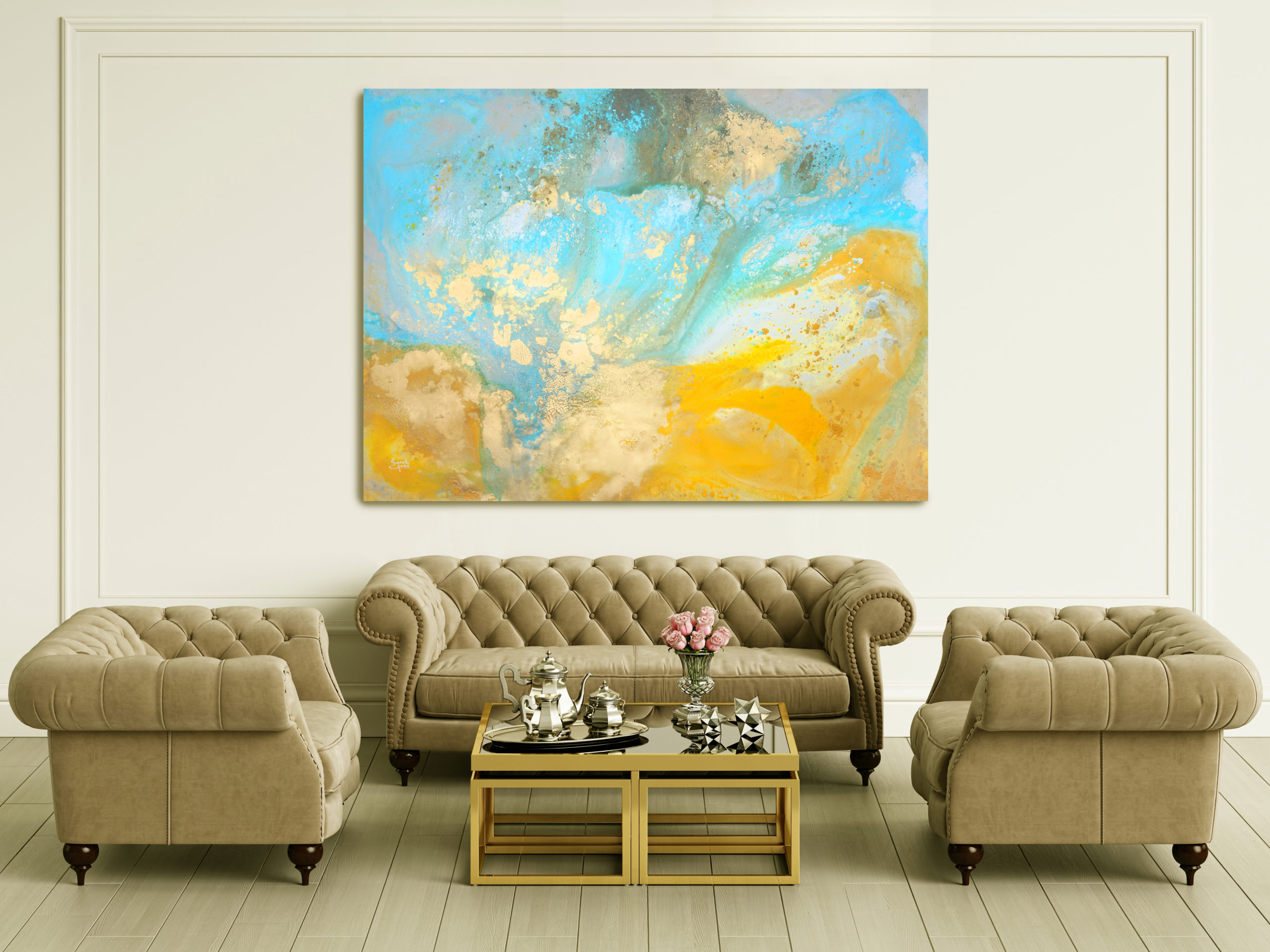 2021 / Kunstverein MONTEZ in Frankfurt am Main

2018 / Slovak Embassy in Washington DC and in International Club DC

2018 / Festival Re:publika in the Czech Republic, dedicated to the 100th anniversary of the Czechoslovakia

2017 / Embassy of the Slovak Republic in Ottawa

2017 / Chateau Mcely in the Czech Republic

2012 / The Presidential Palace in Bratislava

PAINTING IS MY  PASSION.
ART IS MY LIFE.
LIFE IS MY  INSPIRATION.

Please have a look ON A SELECTION OF ARTICLES ABOUT SARAH’S PAINTINGS AND RELATED EXHIBITIONS.

The cover of „Čarovné Slovensko“, november 2019

This website uses cookies to improve your experience while you navigate through the website. Out of these cookies, the cookies that are categorized as necessary are stored on your browser as they are essential for the working of basic functionalities of the website. We also use third-party cookies that help us analyze and understand how you use this website. These cookies will be stored in your browser only with your consent. You also have the option to opt-out of these cookies. But opting out of some of these cookies may have an effect on your browsing experience. Read More
Necessary Always Enabled
These are cookies which are strictly necessary for our website to be able to operate or to provide you with a service on our website which you have requested.
SAVE & ACCEPT